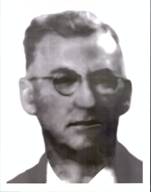 Sheriff Johnson was Flagler County's first Sheriff and then in 1937 returned as the county's sixth Sheriff. During Sheriff Johnston’s second term as Sheriff the county's new jail, funded at the cost of $24,000 by President Franklin Delano Roosevelt’s federal Works Progress Administration and county dollars, was completed in February 1940. The jail could house twenty-two prisoners on the second floor with offices and radio headquarters on the first floor, and a sweatbox and stockade was located in the rear yard of the jail. It was reported “he ran an orderly department as no major incidents were reported.”

After serving this term Sheriff Johnston was appointed to the position of Flagler County Judge in 1941    and re-elected every time until he retired in 1956.