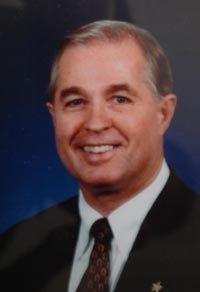 Bennett’s removal from office saw the appointment of J.M. “Buddy” Phillips in 1983 by Governor Bob Graham.  Due in part to his ability to bring stability to an agency, he was appointed by two different governors to serve as Interim Sheriff in seven different counties -  Lake, Charlotte, Flagler, Glades, Columbia, Pasco - after their elected leaders were suspended.  Sheriff Phillips is the only person in Florida history to serve as Sheriff in seven different Florida counties and would serve until the voters could elect the next Sheriff or the governor appointed a permanent replacement.  As a result, he earned the nickname “Sheriff of Florida.”

Sheriff Phillips got his start in law enforcement in 1956 when he began working part-time for the Suwannee County Sheriff's Office while still in high school. Thirteen years later he was elected Sheriff of Suwannee County and served one term in office before joining the Florida Department of Law Enforcement as a special agent/training specialist in 1973 where he later became Director of Mutual Aid for the Florida Department of Law Enforcement. After retiring from FDLE, Sheriff Phillips became the Executive Director of the Florida Sheriffs Association, retiring in 2002. Sheriff Phillips was noted for bringing stability to the Flagler County Sheriff's Office.